Durational Painting and Installations > A visual score for 'In C', 2017 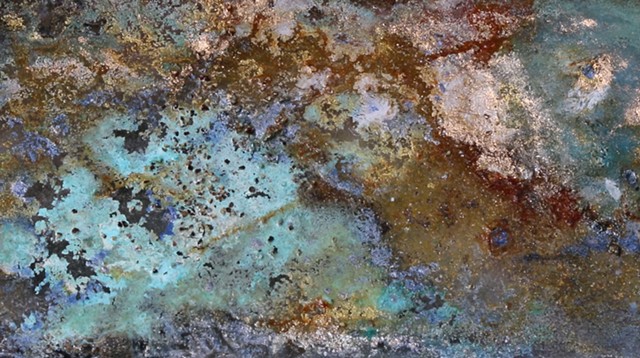 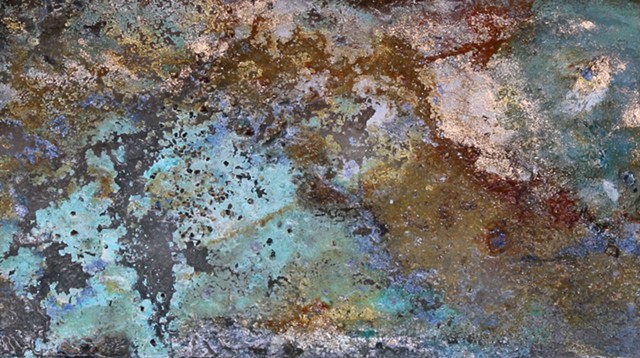 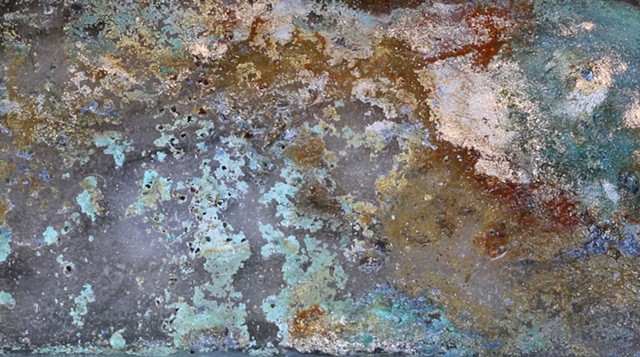 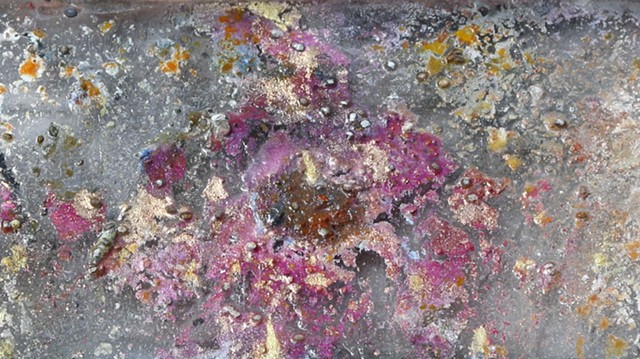 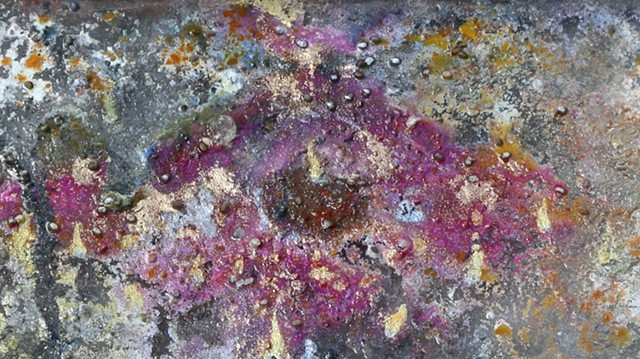 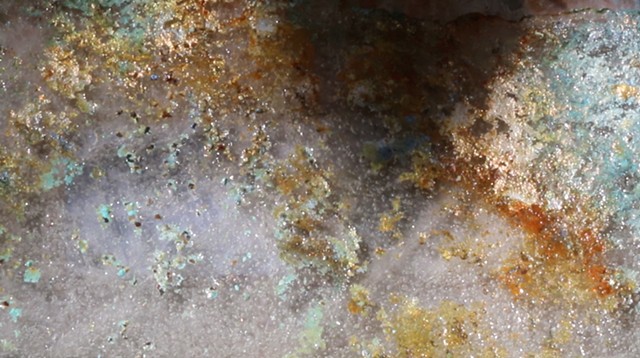 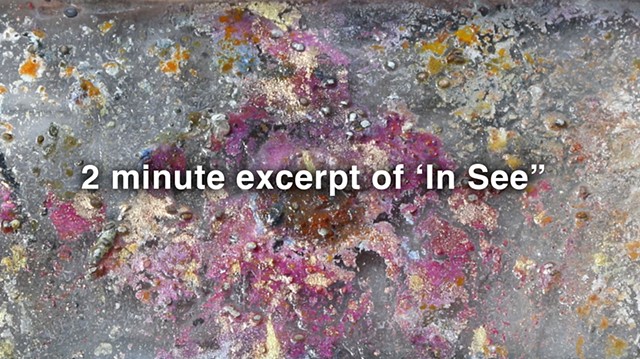 “In See" utilizes video to expand painting’s possibilities. It was conceived as a visual score for Terry Riley's minimalist music composition "In C" (1964) but stands alone as a silent piece. The common ground lies in the embrace of drone and the immersive, cyclical nature of Indian classical raga. The video frames an action unfolding as an entropically driven process; captured in a real-time, continuous event of painted frozen solids disintegrating as they return to their pre-composed state. Painted abstractly on thin sheets of ice that build up layers of color, the thaw is recorded and only the video remains.