Aerogramme: the inheritance of loss, 2015 (library, books, led lights, video, paintings) Site: The library located in the Consulate of India building in NYC. The room was overstuffed with books, to the point where boxes sat running over on the floor. Some recent and many looking centuries old. Glass faces on the creaky wooden cases allowed me to see the contents - sections on art, history, economics, the west, the raj, nuclear weapons, the Upanishads, folk theatre… they were all padlocked. It felt haunted, in its shabby state - by memories and neglect.

The Consulate building is a part of the Upper East Side Historic District, as declared by the Landmarks Preservation Commission of New York in 1981. It was built in 1903, for Ms. Carrie Astor (later known as Mrs. Orme Wilson) as a private residence. In 1950, it was bought by the Government of India and came to be known as New India House. The building houses the Consulate General of India since then. The Beaux Arts street facade is constructed of Indiana Limestone with a mansard roof of blue slate. The design is in the manner of Percier and Fontaine, who revived the French Renaissance style of Hardouin Mansart.

The lights are meant to obscure the titles and content of books, to give a viewer a sense of the barrier one comes up against when access to knowledge/culture is limited in some way…

The video is the latest in an ongoing series of “paintings” made in ice and filmed as they disintegrate. Titled “Aerogramme”, it references the pre-paid postage paid self mailers used by families to correspond with relatives abroad before the convenience of email and international calling plans. The ‘score” is the incidental noise taken directly from the video shoot outdoors in Jackson Heights, Queens (birds chirping, building contractors), mixed with recordings I made on the street in Ahmedabad in 2003 after a cricket match, and beats made using turntables and live drums.

3 paintings are self portraits with masks; cast as talismans.

Thanks to Kiran Desai for giving me permission to use the title of her novel for this work. 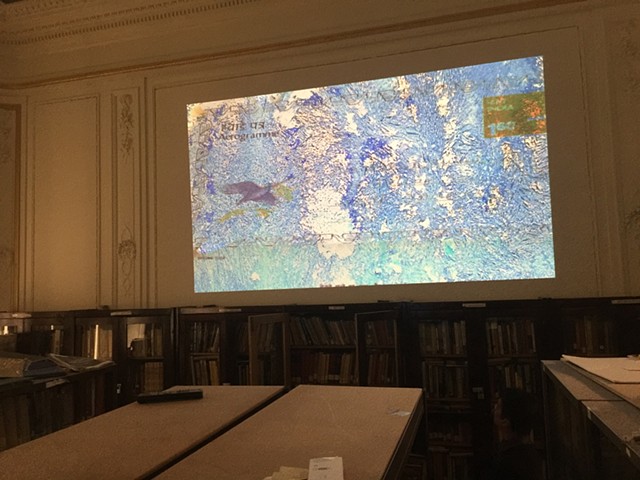 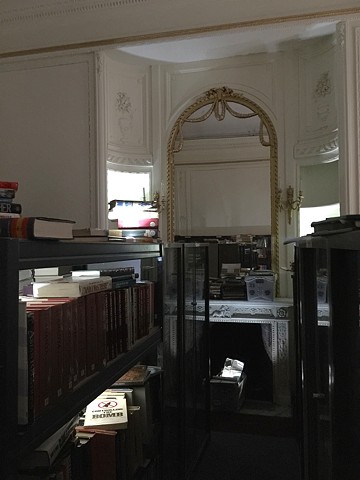 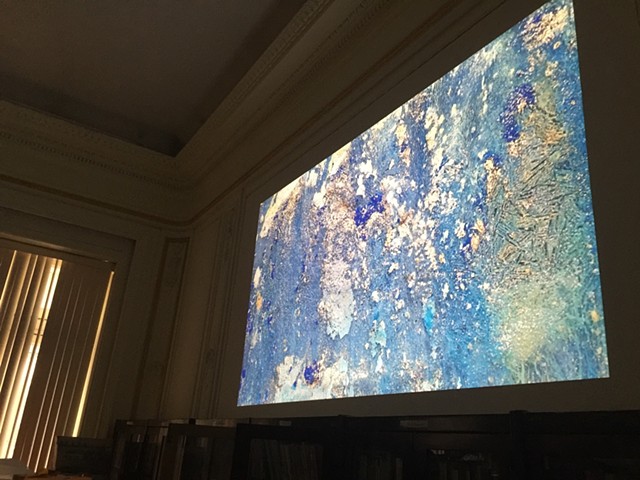 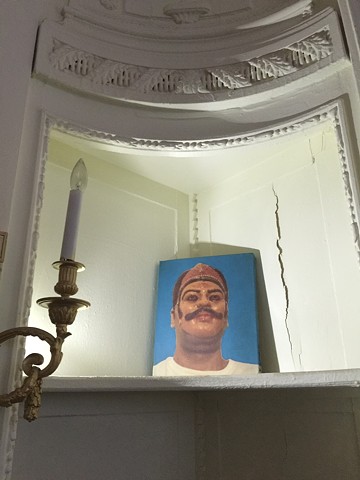 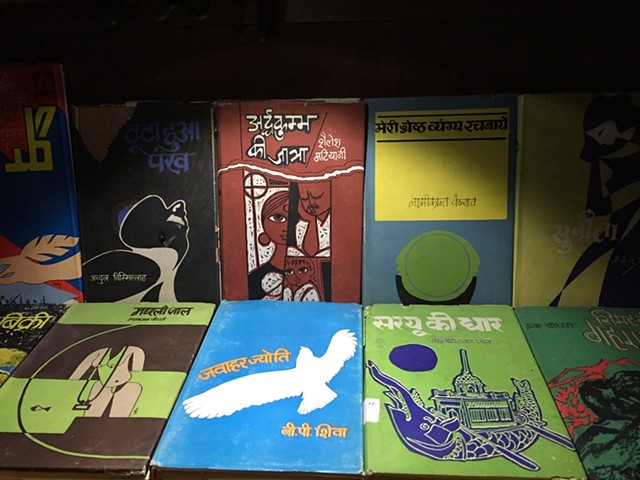 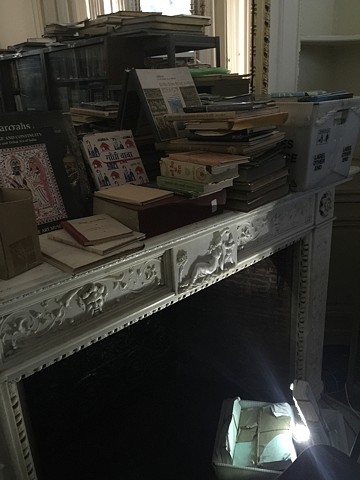 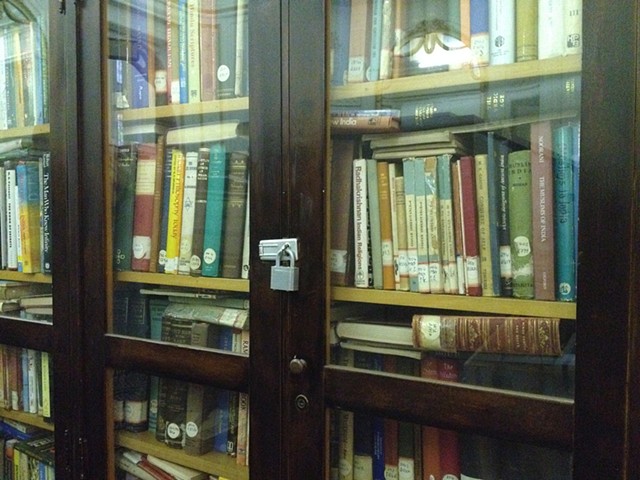 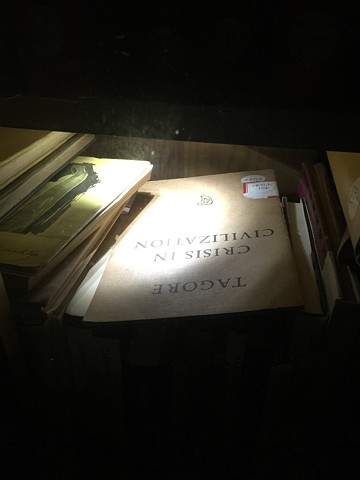 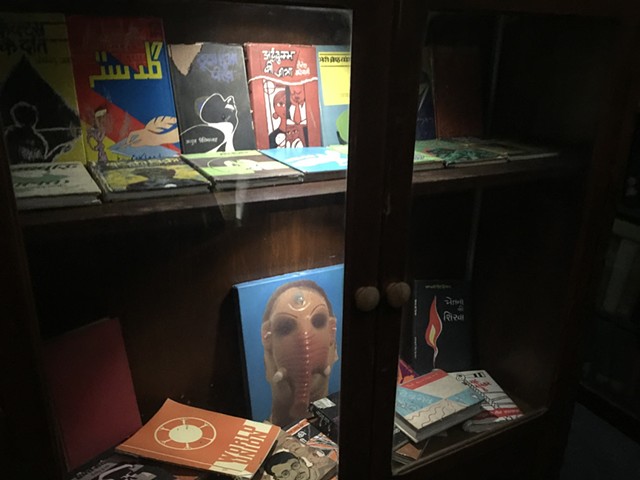 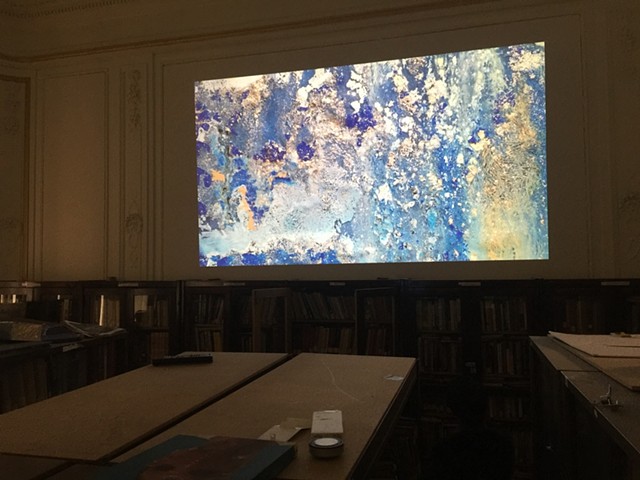 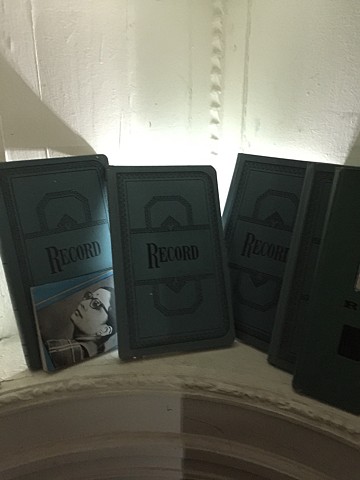 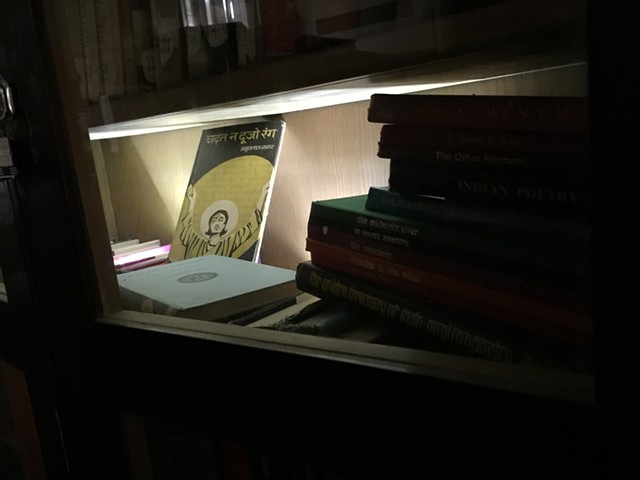 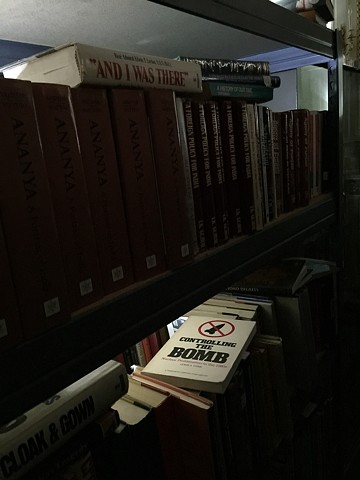