Confluence represents a body of work I began in 2016 during my one year stay in Los Angeles as Artist in Residence at Lehrer Architecture Studio. During this time I was actively exploring parts of the Los Angeles River, visiting with the Annenberg Foundation’s Metabolic Studio, and researching the history and ecology of the river from the time indigenous peoples occupied the area to the present. The video and paintings I produced drew inspiration from the river’s landscape, ephemera and detritus collected from the river’s edge and the small ‘islands’, some of which are occupied by LA’s homeless population. The video work is a confluence of painting and the medium of video, a technique I pioneered. For this particular video I used natural light from the area that occurred only at dawn and dusk. It frames an action unfolding as an entropically driven process; captured in a complex, continuous event of painted frozen solids dis-integrating as they turns into a liquid. Painting abstractly on thin transparent sheets of ice that build layer upon layer of color using natural and man-made materials, I intuit when the painting feels complete. As the painting thaws, I photograph and record this process for the entire duration. 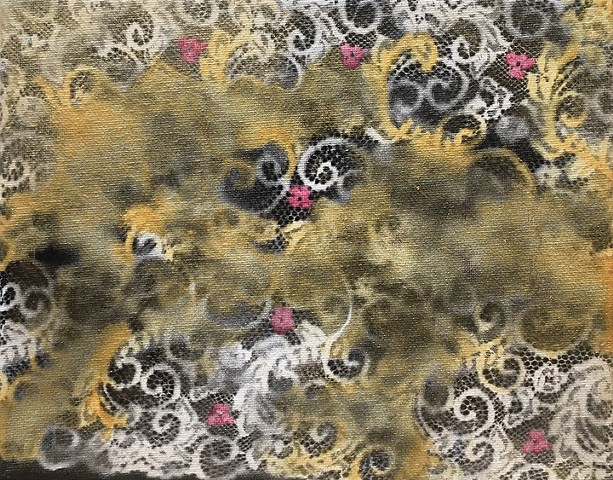 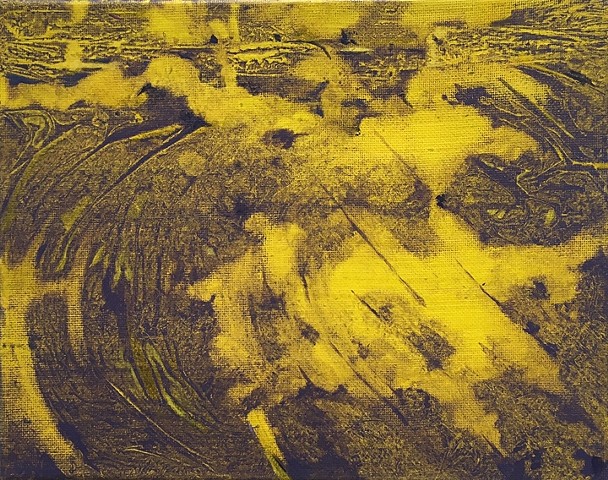 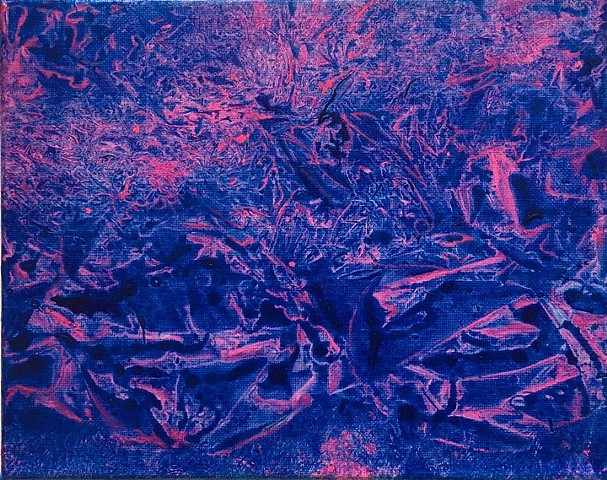 50 Views #3
oil and acrylic on canvas 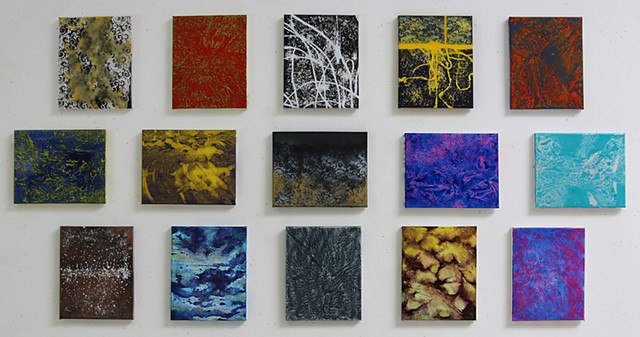 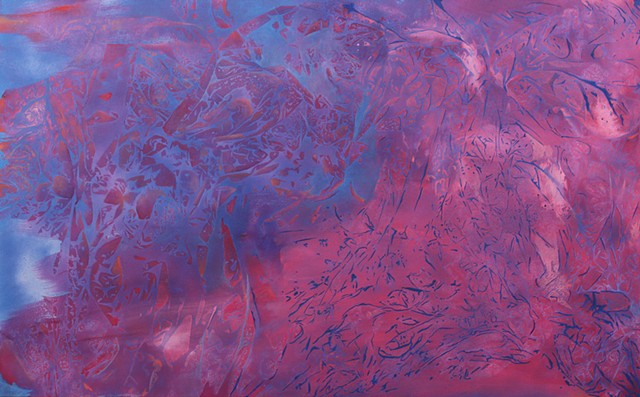 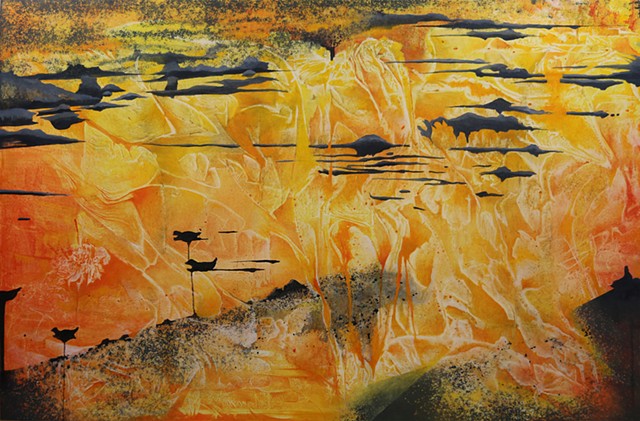 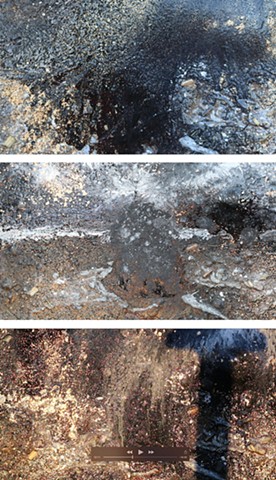